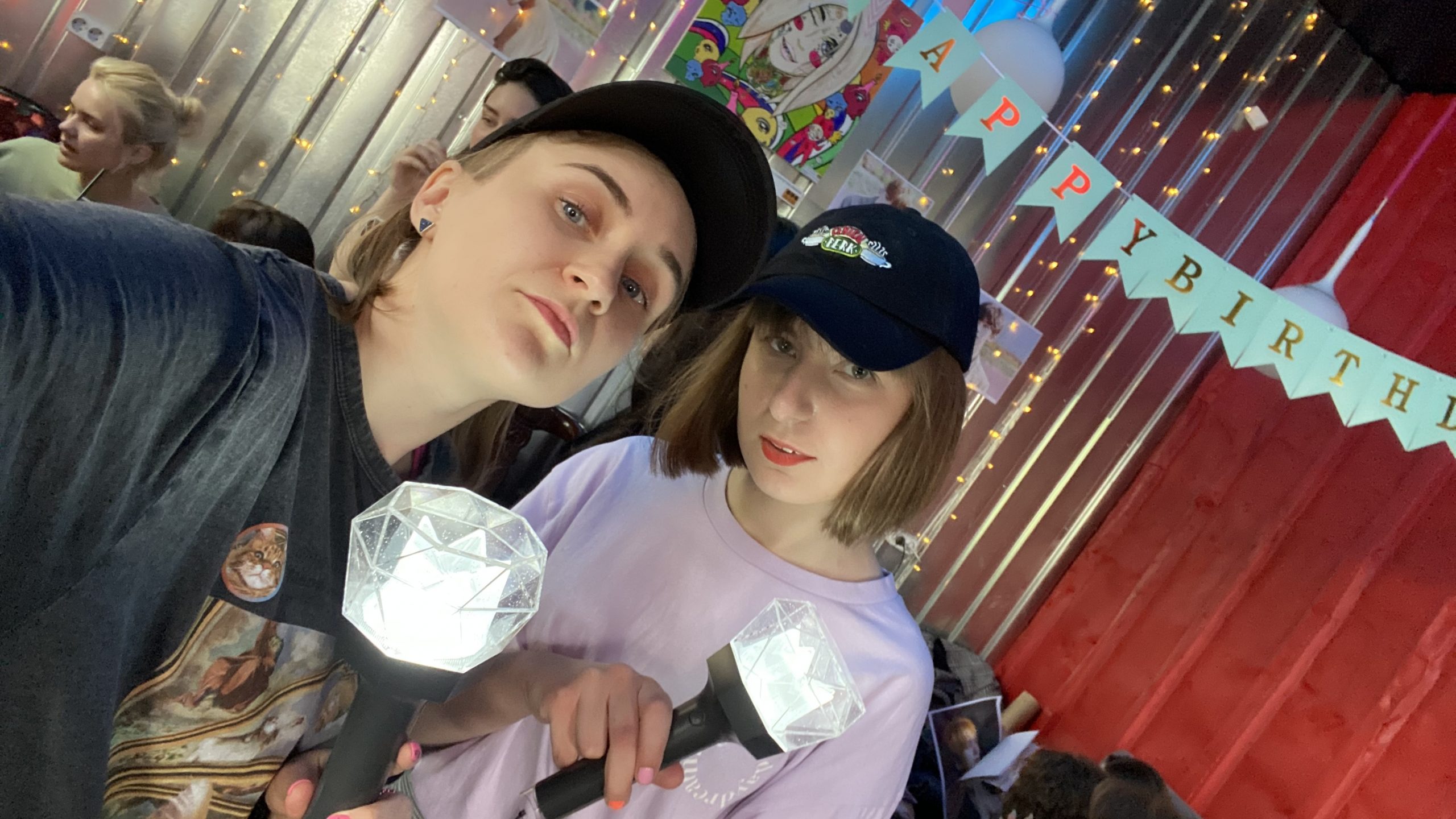 On May 15, 2021, our team was invited to celebrate the sixth anniversary of Monsta X since its debut with their fans.

The organizers took the event seriously and made a deal with the Korean restaurant “Pyan-Se Bar” on Sichovykh Striltsiv street in Kyiv. There were photo zones at the location where fans and other Asian cuisine admirers were creating the content. Believe me, there was a really creative serving of the dishes!

In addition to the warm atmosphere and wonderful photos with the original Monsta X’s merch, the fan club fans had the opportunity to play UNO (the deck features images of Monsta X members), win cards, or buy a whole set of Polaroids, bookmarks, and sticker packs for a small fee.

We decided to ask the girls how they came up with the idea to create the project:

“We have known each other since 2019, and we started being monwenee.ua in September 2020. We met on Twitter, where Stu was looking for Monbebe from Kyiv to meet and hang out together. We started organizing regular picnics and meetings to celebrate the idols’ birthdays from that moment on. The first picnic took place on September 8, 2019, and there were 11 of us. From that day on, we gather on important days for the band: the members’ birthdays, September 26, when the Monsta X fandom was named Monbebe, and the anniversary of the band’s debut.”

The organizers share that their main idea was to do something in the Korean style with music, acquaintances, and inspiration:

“Our team grew; we wanted to combine Monbebes and Wenees from Kyiv. So we decided to change the format of our meetings and the band members’ birthday celebrations into a new one at event cafes which are popular in South Korea. It’s a great idea to spend time with people who love the same music, and a good opportunity to make new friends and like-minded people. This one isn’t a widespread way to hold k-pop events in Ukraine, but we decided to take a risk and did it. We created the monwenee.ua profile on Instagram and Twitter, designed a logo, and chose the design for our fan base’s cards”.

And the first event took place on November 21, 2020, on the birthday of two Monsta X members – Minhyuk and Kihyun. Can you imagine that fans were arriving from different cities to come to our party!

We managed to meet personally with the fan club organizers on the sixth anniversary of the band’s debut.

“Every time we try to think about the atmosphere at the event. There is something we are eager to create a cozier mood. So we decorate cafes, give gifts to the guests, organize raffles, bring themed games, and communicate. People often get to know each other directly at the event, and for many, it’s the beginning of a true friendship. It’s great to see new faces and familiar ones. Because people come again and again, which means they like what we do. Now the recognition of our events is growing, so we won’t stop and will make more new events and implement even more interesting ideas (ed. – without adjustment)”

It’s high time to share some exciting details about the project’s founders:

Anya is a multifandom. She got immersed into k-pop culture in 2018 and has an extensive collection of albums and official cards. She is fond of making things for fans, such as (keychains, tags, cards, and sticker packs).

Anna is a k-pop guide. She started listening to k-pop in 2016, and Anna knows the zodiac signs of members of various groups and understands the Korean wave’s trends. She can help with the albums and official merch purchases in foreign stores, and Anna is also responsible for our fan club’s design and visual components.

Stu is an active project participant. She has become keen on Korean music since 2019. Stu loves meeting new people and bringing warmth and coziness to them. She is such a bright girl who is ready to write a story on Twitter or give a sticker.

All the girls who organize fan meetings are entirely different, and however, the various views allow them to transform bright ideas into reality. All the fan club’s news is currently published on Instagram and Twitter.

So far, there are few such themed parties in Ukraine, but because the Korean culture is actively developing in our country, it helps create Korea in your city. 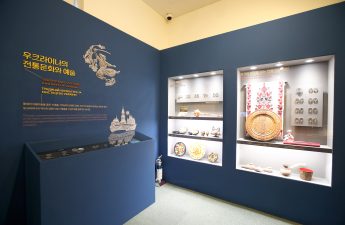 Exhibition “Exploring Ukraine through money: from the Kyiv Rus to the Euromaidan” opened in Seoul